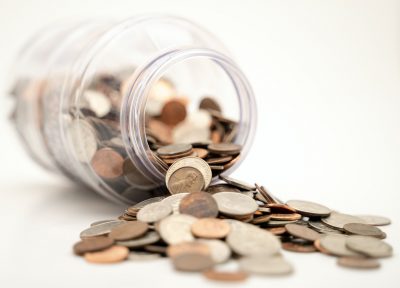 *Would you prefer to hear an audio version? Click the arrow on the above left!*

Lead generation campaigns by charities are definitely on the rise; possibly spurred on by the continuing constraints of face to face acquisition opportunities, non-profits are welcoming lead gen as a simple, cost-effective way of getting their message in front of people, and in the longer-term, creating new regular givers, members and one-off donors.

At QTS we have many clients who have enjoyed success with this approach – Surfers Against Sewage for example, recorded a massive 600 new regular givers through one lead gen campaign. And more recently, we have seen charities such as the Wildlife Trusts engaging in lead gen, with some great results.

Working with one of the Wildlife Trusts, we followed up leads generated from an online wildlife survey (which gathered highly useful information about wildlife in people’s gardens and environs during lockdown) and a significant majority (73%) of those survey participants provided their permission for follow up contact.

The same Wildlife Trust followed up with a second lead gen campaign. This approach was quite different to the earlier campaign, in that it targeted supporters who had signed up to watch new nature films created by the Trust and followed them up with a membership approach. When the data was warm, results were great – with a sign up rate of 9% initially – but as the data got colder the sign up rate dropped more significantly than usual to as low as 5% AND with a lower donation. So while we definitely recommend testing approaches, it’s also really important to learn from the outcomes!

Another of the Wildlife Trusts ran a much smaller campaign, this time a postal survey, resulting in small dataset of just 73 prospects. Their results looked like this:
– 15% of prospects signed up for membership by PDD
– 17% stating they would consider taking membership as a result of the call
– 1 donation was recorded
– 4 new Gift Aid sign ups were secured.

Ben Suffell, MD at QTS shares his thoughts on this:

“What works particularly well with lead gen, is that it opens up a fantastic opportunity to talk to people interested in the work you do. And as we’ve seen in numerous campaigns, a conversation will always be far more effective, impactful and memorable then information on a webpage or flyer. The majority of prospects won’t become financial supporters immediately, but it doesn’t mean that they won’t in the future; if anything, they will be much more open to supporting.

There are so many options on how to approach digital acquisition – from surveys to quizzes, and from games to activity packs, but in our experience the ones which work particularly well are petitions and free gifts, such as wildflower seeds – so we suggest an initial conversation to discuss the best approach for you. Our results vary depending on the dataset provided, but we aim for between 5% to 15% sign up to a direct debit of an average of £5 to £8.50 per month.”

Want to find out more? Then please do drop us a line or give us a call. We’d love to chat to you about a campaign that will really work for you.